Star Wars: The Rise of the Last Trailer

This is it, the final trailer for the last chapter of Star Wars. Did the trailer live up to the hype? Did it change anyone’s mind about seeing the movie? I didn’t need to see this final trailer, as I saw the first one, which kind of laid everything out. I didn’t see anything, revealing enough to convince someone at this point that they need to see this movie. The trailer did build up a little more speculation, though. Here are the observations and questions I have after watching it.

It seems that a lot has happened since the last movie. Finn seems to know something about the Force, or at least he’s talking like he does. He has made up some stories before, so perhaps this is just a line to try motivating someone. At the same time, Rey seems to have found an edge. She mentions that no one knows her, and she seems to have a secret she’s ready to share. Is this her connection to Palpatine? Does she remember who left her on Jakku when she was a child? Either way, this edginess makes her the most interesting that she has been in the trilogy, but it feels a little late.

The long gap in time could also explain how there seems to be a new rebel force. When we last saw the rebels, there were about eight of them on a sole ship. Now there appears to be a small rebel fleet and enough troops to mount an assault. I guess that Lando has some personal army or is in charge of a rebel squad that’s been away somewhere in the galaxy. Either way, my guess is Lando is the reason that anything in this movie is possible. Otherwise, although it’s good to see him back, on his own, he’s just an 80-year -old former gambler and likely wouldn’t be much help against the First Order. If it’s not Lando, then there will be a whole other story on all that’s happened in the time that has passed that we’ll have to accept offscreen. Regardless, hopefully, Billy Dee Williams’s role in the film is enough to bring some of the old Star Wars fans back. 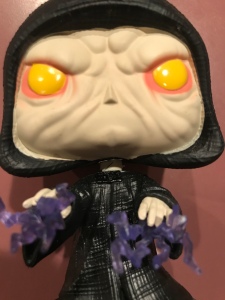 Once again, Palpatine’s presence in the trailer is the most exciting part. This time we have an actual line referencing waiting a long time. Does this confirm he’s back? I want him to be back to bring the whole story together, but I don’t want it to take away from the original trilogy. It was a big deal when Vader sacrificed himself and threw Palpatine to a shockingly explosive death (see Return of the Jedi). We need a real villain and more substance then we have seen from Kylo Ren. Yes, he is a murderer; still, Rey or possibly completely untrained Finn could defeat him anytime. Palpatine’s return in some form would make this movie a must-see for those who watched Return of the Jedi. 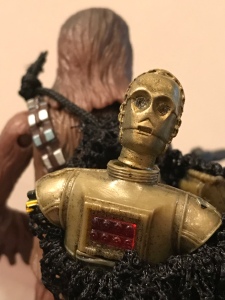 Another ominous moment that may require older fans’ attention is C3PO’s line about see his friends for the last time. Is 3PO going away, or are the rebel’s embarking on a suicide mission? It’s likely an indication that one of these characters will be making a sacrifice for the greater good in this film. I don’t think destroying C3PO for the rebellion is a wise choice, as it will likely outrage fans. His sacrifice would be complicated, though, as it would be a heroic turn for the character at seemingly the most crucial moment. Chewie would also be an emotional loss and likely enrage fans, so I think instead, he will live on for Han. I think we all can expect that one of the main heroes will have to sacrifice something for the rebellion to ultimately achieve their goal. I honestly won’t feel much of a loss, though, as I haven’t formed any connection to any of the new threesome.

The last important thing I noticed was Leia completing Luke’s sage-like advice about the Force. This meshing of the two into one sentence, to me, confirms Leia’s death and Force Ghost in the movie. Since Carrie Fisher’s passing, I assumed Leia would be killed off in some way in this movie since they aren’t going to add her digitally. They are seemingly confirming it now, though, before the film seems like an intriguing strategy. In a way, it softens the blow that everyone already knows is coming. If we go into the movie knowing Leia’s role will be as a spirit or voice, it won’t seem as shocking. There is going to be enough loss in this movie that those making it must know they are walking a fine line. There will already be high emotions, and making the film too depressing could hurt sales. Matrix SPOILER AHEAD Killing off Neo(the hero) and Trinity (the hero’s partner and love interest) didn’t go over so well for the Matrix Trilogy and still stings to this day. I accept that Leia will reunite with Luke as a guiding spirit for the heroes. I think this elevation into more than just a princess and rebel leader will be an acceptable sendoff. It must be executed right though because this is the last tribute to Leia, Fisher, and the saga she helped make famous. 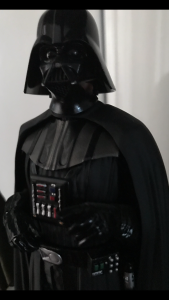 This trailer just proved that it isn’t over. It tells us there’s still one more critical piece we must see to know how Star Wars ends. Doing this may feel like a cheap tactic, but it’s already clear that Star Wars is trying to grab onto the old fans with this trilogy. In two months, we will see the conclusion of this trilogy and the Skywalker story. Before the first teaser for this movie, we didn’t realize it still was a Skywalker story. Hopefully, that turns out to be a good thing rather than a shameful one. There have been mistakes made up to this point in the last two movies that weren’t necessary. This movie may not be able to fix those mistakes. Still, I believe it can add a proper conclusion to the remaining characters while paying respect to the classic Star Wars story. See you on December 20.