The Rise of Skywalker Review

The Rise of Skywalker is the final chapter in what is now being deemed the Skywalker saga. This encompasses all the Star Wars movies up to this point. It seems the plan would be to tell more Star Wars, but not have any expectations or canon to live up to from the previous films. There is a lot of weight on The Rise of Skywalker(TROS), and I can honestly say I’m glad it’s over. No more damage can be done to the Star Wars stories we’ve known for 40 years. Now that I’ve seen TROS, my life has not changed, and I don’t feel much different about the previous movies or Star Wars in general. I definitely didn’t get emotional and took notice of this as I saw a crying woman leaving the theater after Frozen 2.

The problem with this film is forever going to be that The Last Jedi came before it and served as a detour from J.J. Abrams start in The Force Awakens. This movie has the responsibility of fixing all that was wrong with the universe and ending 40 years of story. This is why it feels overstuffed and rushed. The movie takes off with a bang with significant reveals in the opening minutes and never slows down. We pop from scene to scene and planet to planet at a dizzying pace. We basically go around the universe and try to smooth out all the issues caused by TLJ while trying to finish all the unfinished plotlines. This makes the experience feel less like a film and more like a Star Wars update video bringing us up to speed on YouTube. “Oh no, this character is captured in this scene, then yay they’re rescued in the next.” Repeat.

There is still very little likability or depth to most of the characters. We do learn a small amount more about some of them, but it doesn’t make much of a difference either way. Rather than depth, the characters have a lot more one-liners and goofy moments. Many of these gags received no response from my full theater. Luckily Rey and Kylo Ren get a lot more attention and better dialogue throughout most of the film. The story is really theirs, but it feels rushed because of all the ground that has to be made up. We do get some resolution and at least a feeling or two about them. There is proper emotion shown towards Leia and the finality of her appearance in this film. The movie does suffer some though due to her absence.

TROS has an issue with ramping everything up. Everyone and everything is bigger and more powerful and even better at shooting than all the previous Star Wars movies. It feels out of canon or character for the universe, and it’d be hard to imagine what a sequel to this film would have to do to top it. Parts of the movie made me think of how The Matrix felt in comparison with its sequels. Yes, we have excellent CGI now, and it’s the finale, but there should be a progression to these peaks in power. They make the previous characters look particularly weak in comparison, and it’s never good to make your ancestors and heroes look bad. 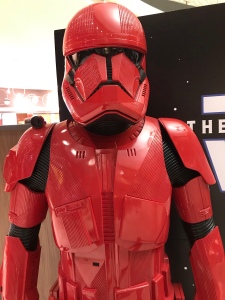 Overall I thought the movie was what I expected. It spent a lot of time trying to correct the mistakes of its predecessor. The film does give some highlights and gifts to fans of the older movies, yet it feels a little late, and some of them could have been fleshed out further. There weren’t really many surprises that couldn’t be predicted and a couple that felt forced. The series seems to be stuck in a formula that isn’t really necessary. This trilogy could have been something new, but it feels like a remake of the original. A remake is fine, but you can likely make a few predictions and be correct about the ending of this film. I think the movie is enjoyable enough while you’re watching aside from the fast-paced jumping around. I don’t think it’s an excellent finale for Star Wars, but rather just okay.

THE GOOD
We got to see some things in this movie that we’ve wanted to see for a long time. Things like learning Leia is basically a trained Jedi, seeing Rey execute a lightsaber throw, and the cloning of the Emperor are all iconic Star Wars topics. They are the icing on this cake and really aimed at pleasing hardcore fans. Things like these could help move the story into more exciting places, unfortunately, they are only just referenced in the movie. 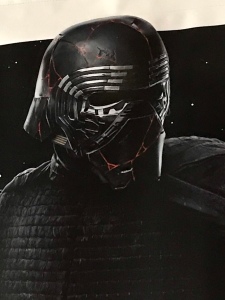 It was good to be able to cheer for a character in this trilogy. I found myself rooting for Kylo as he made his way to stand alongside Rey. I also really wanted Rey to defeat the Emperor and haven’t had the same feeling since Luke stood against him and Vader. It didn’t really matter to me what side they turned to, I just wanted to feel invested in the characters on the screen.

They gave the original heroes the final scenes they deserved. Luke and surprisingly, even Han both came out and sort of took back everything that happened the last time we saw them both. Luke literally said, “I was wrong,” and Han got to have a real moment as a father and not just an old failure. This couldn’t really be done with Leia, but they did give her a funeral scene and moment of onscreen silence. It was also a gift that Lando wasn’t exploited like the other main original characters. He actually showed up, did Lando, and brought a smile to my face more than once.

THE BAD
The ending of the movie felt like a letdown. The movie started to ramp up and get interesting after the reveal that Rey is a Palpatine, but it never really paid off. Something about that final confrontation felt wrong. It wasn’t quite epic or really cool to see, but instead, it just happened, and then the movie was over. The voices of the past Jedi rather than ghosts in support of Rey felt like a cop-out. There also wasn’t much resolution after the good guys came out on top. No award ceremony, no galaxy-wide celebration, no touching speech. We got some hugs, some shrugs, and one line from Lando about where he’s from before the Skywalker saga closed for the foreseeable future.

Finn and Poe were terrible. They seem out of place in the Star Wars universe. They tell a lot of bad jokes and have a lot of awkward moments, but they miss more than they hit. Their dialogue seems very flippant and makes me feel like I’m watching something that I don’t want to. We learned that Poe is a former spice runner, but we don’t have much context as to what that means or why we should care. Finn is left as a former stormtrooper who doesn’t get the girl, twice. It wouldn’t be a big deal, except they are two of the four main characters presented in this trilogy. 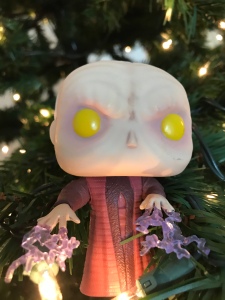 The overpowered characters made me feel silly, watching Star Wars for the first time. I don’t know how else to say it, but the Emperor suddenly raising a fleet of Star Destroyers without breaking a sweat seemed ridiculous. Yes, the movie is science fiction, and people have powers. Still, we’re one step away from two force users flying in open space, throwing planets at each other, and that’s not the movie I bought a ticket for. The final battle mostly felt like the Emperor firing lightning at the entire rebel fleet before being overpowered by a relatively new Jedi holding two lightsabers together. The power levels also make things confusing and insulting as we previously watched the chosen one in many movies with a fraction of the abilities.

THE END
Although this movie doesn’t fix TLJ, it does attempt to. It distracts away from the movie trying to tell its own story, but it’s part of the reason this third movie was made. It relieves the sting a little and puts away this era of Star Wars in a somewhat neat package. It’s not the trilogy or finale we would wish for, but at least the final statement isn’t the TLJ. I haven’t brought myself to rewatch that movie, but I think I could rewatch some of the scenes in The Rise of Skywalker.